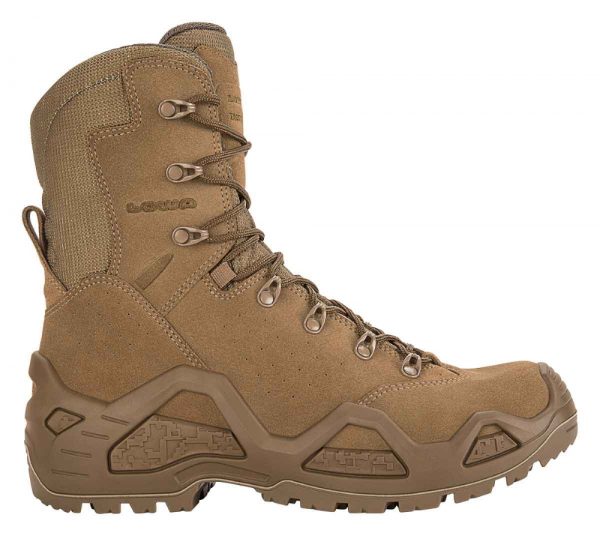 With the Z-8S Ws C, LOWA has created a robust boot that is both very stable and lightweight. It is perfect for missions performed on challenging terrains and for marches with medium-heavy backpacks.

With the LOWA Z-8S Ws C, LOWA has created a robust boot that is both func­tional and light­weight. It is perfect for missions performed in arid regions with chal­lenging terrains and for marches with medium-heavy backpacks. This quality is also rein­forced by the foot­wear’s mission-optimized rubber mix and the profile of the sole. The heat and cold insu­lating sole complex is anti-slip. It is also resistant to oil, petrol and contact heat. The elevated upper made of really durable buffalo leather provides optimal stability and support. At the same time, the durable PU material used in the sole provides excep­tional cush­ioning and stability with the help of various degrees of rigidity. The Z-8S Ws C is also anti­static.

The Z-8S Ws C is also available in a certified Gore-Tex version as the LOWA Z-8S GTX Ws C.