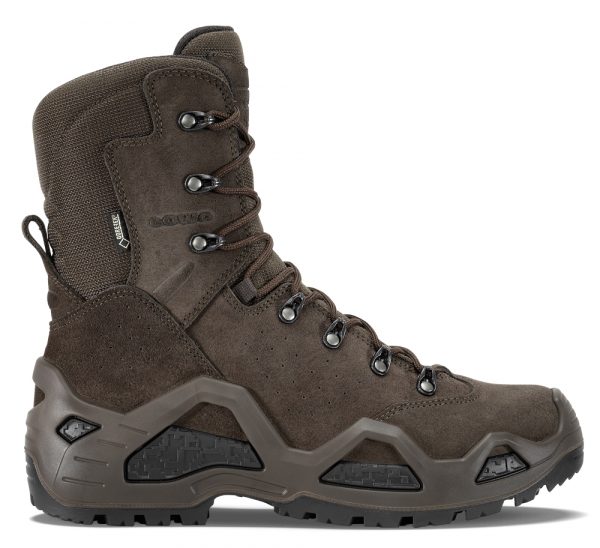 With the LOWA Z-8S GTX C WIDE, LOWA has created a robust boot that is both very stable and lightweight. It is perfect for missions performed on challenging terrains and for marches with medium-heavy backpacks.

With the LOWA Z-8S GTX C WIDE, LOWA has created a robust boot that is both very stable and lightweight. It is perfect for missions performed on challenging terrains and for marches with medium-heavy backpacks. The eight-inch (20-centimetre) high upper made of tough suede leather provides optimal support. At the same time, the durable PU material used in the sole that comes in various degrees of rigidity provides exceptional cushioning and stability. The waterproof lining with the GORE-TEX membrane creates an optimal foot climate even during sweat-generating activity. 100% made and sourced in Europe.

The Z-8S GTX C WIDE is a wider version of the Z-8S GTX C. It’s extra roomy to accommodate a higher-volume, wider forefoot.