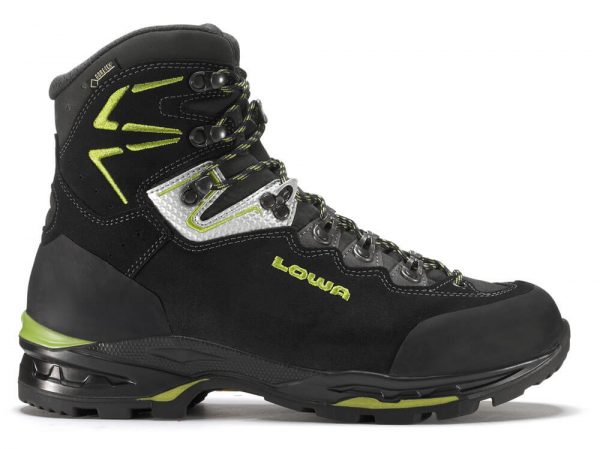 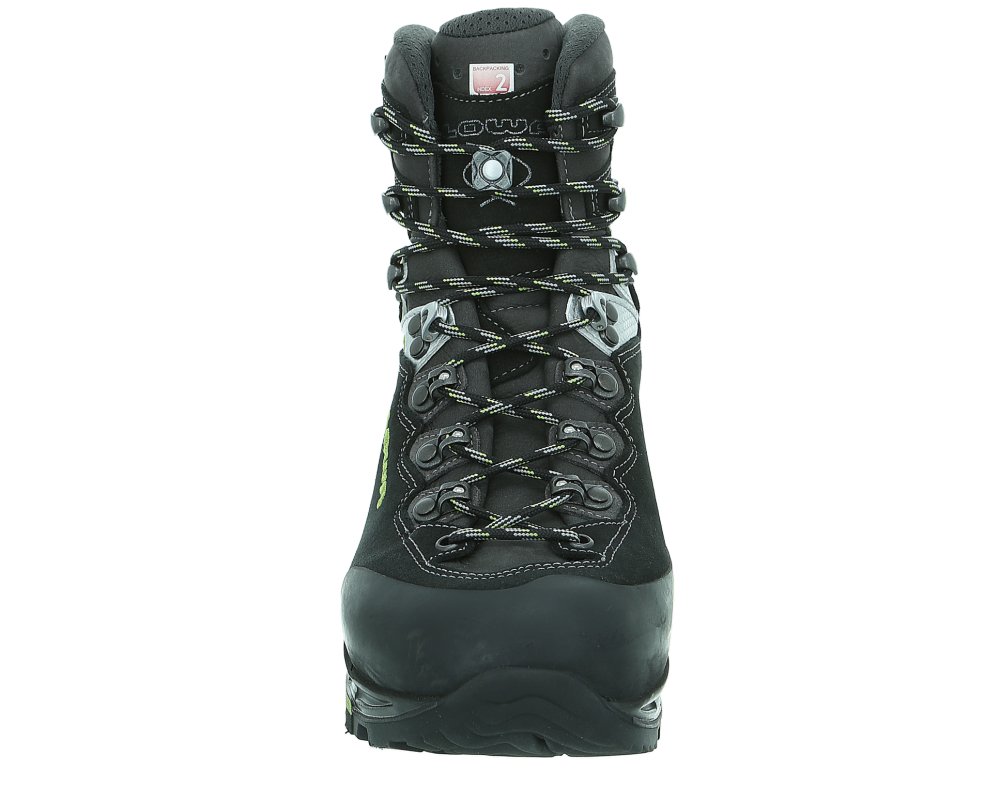 This robust backpacking boot is designed for demanding tours anywhere in the world. The Ticam II GTX® is even at home on via ferratas. The upper made of suede leather and provides stability.

I-Lock: Asymmetrical upper construction for synchronized movement of the boot’s shaft with the lower leg. 54

Vibram®: These outstanding soles and rubber blends offer impressive traction on various surfaces and, at the same time, optimal abrasion resistance. Vibram® has always stood for premium, slip-resistant, long-lasting soles and has for years been the market leader in this segment.

This robust backpacking boot is designed for demanding tours anywhere in the world. The LOWA Ticam II GTX is even at home on via ferrates. With an increased contact area for excellent traction and a pronounced heel edge for good downhill grip. This new version is now even lighter and more fitted. The nubuck leather upper offers good stability. The boot lining is made of a GORE-TEX® membrane that provides excellent breathability and waterproofing. The VIBRAM® APPTRAIL sole has a modern, self-cleaning profile. It proves its excep­tional capab­ilities partic­ularly when it is put to the test on chal­lenging terrain. The sole’s features are comple­mented on every terrain by the distinctive heel front that excels during descents.

Here are some of the patented, LOWA-exclusive technologies you’ll find in the LOWA Ticam II GTX:

“The Lowa’s have long been on my desired list of boots after talking to some of the sheep guys who swear by their LOWA boots. Once I got a couple of days into these boots, I could see why as the fit and comfort of these boots is exceptional.”

“Lowa pretty much dominates the three-four season boot category in New Zealand […] This is as close to a bombproof boot as you can get. After four weeks of use, there was little wear to show for the sometimes scrappy terrain I tramped. Its price will give many pause for thought, but it is a serious boot for serious trips and if it’s many years of service you want from your investment, the Ticam won’t let you down.”

“I can’t think of a single thing to say about how they might have been anything other than wonderful in every way, and it’s a good thing that I like them so much, because it seems like they are going to last for a long while.”