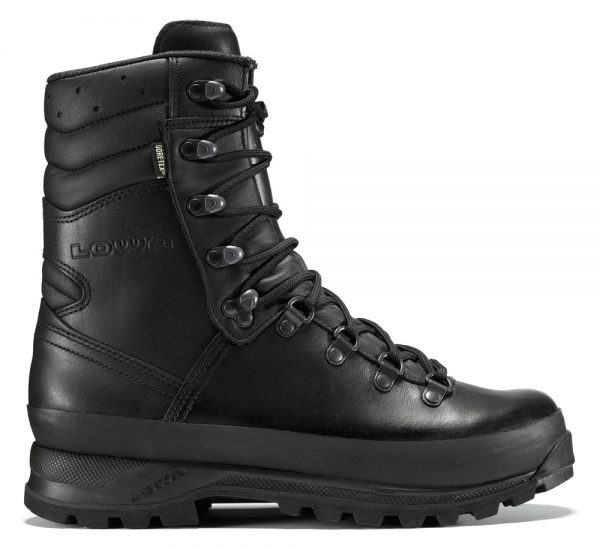 The stable COMBAT BOOT GTX® Ws is built on a special women’s last and is designed in particular for venturing out on missions with heavy loads on the back. The heavy-duty model delivers secure grip on all sorts of terrains. Thanks to its GORE-TEX® membrane, the boot offers complete protection from moisture and wind, a quality that ensures the highest level of wearing comfort even under adverse conditions.

The stable LOWA Combat Boot GTX Ws TF is built on a special women’s last and is designed in particular for missions conducted with heavy backpacks. The robust model comes with a high-quality upper made of full-grain leather and a wrap-around rubber rand. Thanks to its chemical-resistant GORE-TEX membrane, the boot offers complete protection from moisture and wind. It remains breathable during use, a quality that ensures the highest level of wearing comfort even under adverse conditions during long missions. The heat- and cold-insu­lating sole complex of the certified model is anti-slip. It is also resistant to oil, petrol and contact heat. The task force boot LOWA Combat Boot GTX Ws TF is anti­static as well.